WePlanet, an emerging social enterprise, announced on December 4th that they will be beginning their ‘Beta Testing Phase’. During their beta-testing phase, they will be partnering with various supermarkets and businesses and engaging the public by encouraging them to register to be beta testers. They want to ensure the quality of their mobile application before it’s officially launched.

In 2020, Christiana Paul, a student at the University of the West Indies pursuing a BSc in Entrepreneurship, founded the organization with co-founders ZebadiJah Maxwell, Kyanna Dyer, Mhea Bardouille, and Kyra Edwards. The team is passionate about app development and has participated in many coding workshops. The co-founders are also second-year Dominica State College information technology or computer science students.

Paul first came up with the idea five years ago when thinking about solutions to solve the overuse and misuse of non-recyclable items in Dominica. “I notice that citizens are encouraged by government and private institutions to be environmentally conscious and reduce their carbon footprint, but few are motivated to do so or know how to. So, WePlanet is an idea that not only provides an innovative solution to the increase in the misuse of non-biodegradable items in the environment but also provides businesses with a unique opportunity to be a part of social and environmental change,” Paul explained.

The app is expected to officially launch in 2022. However, during December, the team hopes to test its

“Eco-Points” feature. This feature rewards customers for using their reusable shopping bags at supermarkets. Before checking out, app testers will be required to scan a QR code, and after three scans, they will be entered into a virtual raffle to win prizes. The more scans the customer has, the greater their chance of winning, and fewer plastic bags are used.

Interested individuals are asked to visit WePlanet’s Facebook page or website (https://weplanet767.org/) to fill out the registration form. During the trial period, persons who meet the requirements will be given a special login to access the app via browsers such as Safari or Google. App testers will also be required to answer bi-weekly feedback forms to describe their experience and any difficulties they face.

“By testing the app before the official launch, the team hopes to determine its user-friendliness, strengths, and weaknesses, so it can be developed further,” Paul added.

WePlanet’s vision is to provide individuals with personal incentives that will encourage them to make these small changes, thus creating a safer space and reducing the impact of natural disasters.

“Expect WePlanet to become a household name here in Dominica and the Caribbean at large, as we plan to franchise. Once officially launched in the first quarter of 2022, expect innovative initiatives and partnerships. Remember, WePlanet is more than just an app; it’s a changemaker, community builder, business collaborator, and planet saver! At the end of the day, WePlanet will play a positive role in reducing the negative impacts environmental issues are having on our region, ” Paul said. 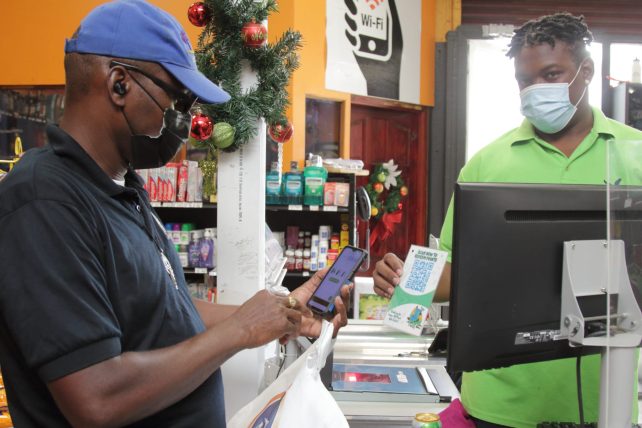 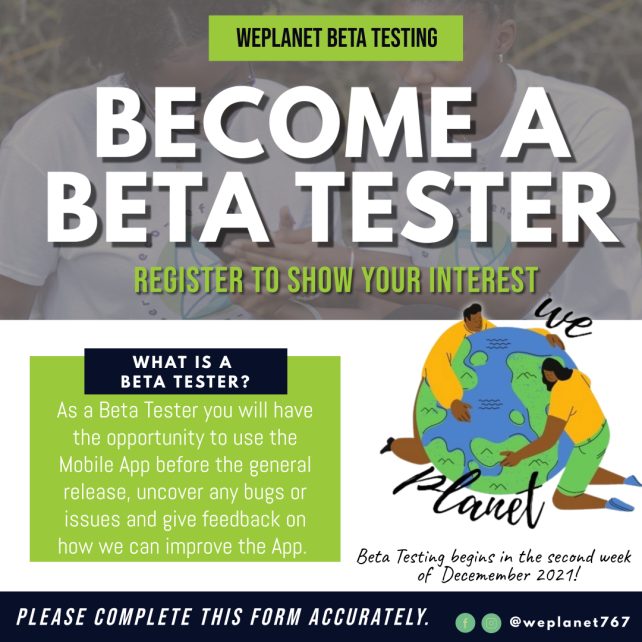