Huawei Watch GT 3 in for review

by News
in Mobile
0

The Huawei Watch GT 3, a successor to one of the best smartwatches on the market Huawei Watch GT 2 Pro is with us. It has just arrived in Black and we want to share our first impressions before getting on with the lengthy testing period. 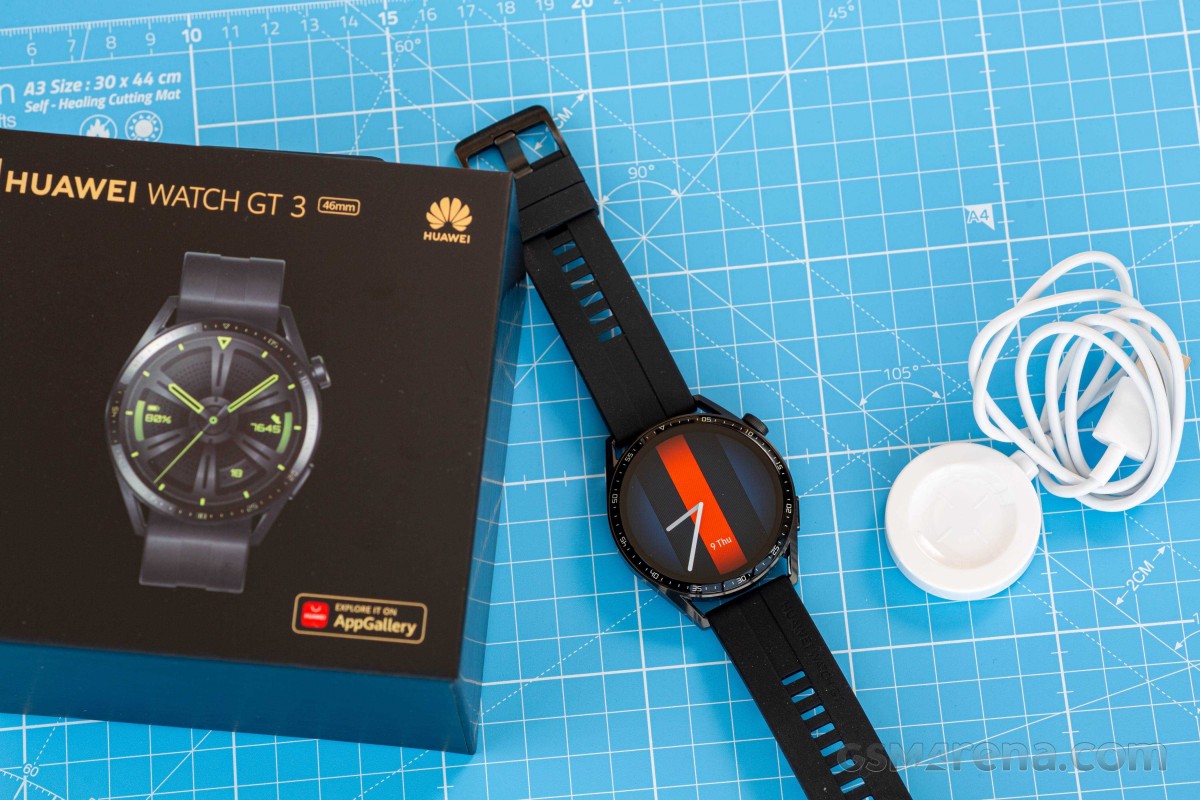 The difference between Watch GT 3 and Watch 3/3 Pro is the former is for users who are more into an active lifestyle, while the 3 series is for those who need standalone LTE and slightly more luxurious appearance from their wearable.

This is not to say the Watch GT 3 doesn’t look like an elegant piece of smart device – even if we have the 46mm version with the most unimpressive color option of all five. The aluminum body and fluoroelastomer strap feel great and light on the wrist, and the crown is amazingly responsive. 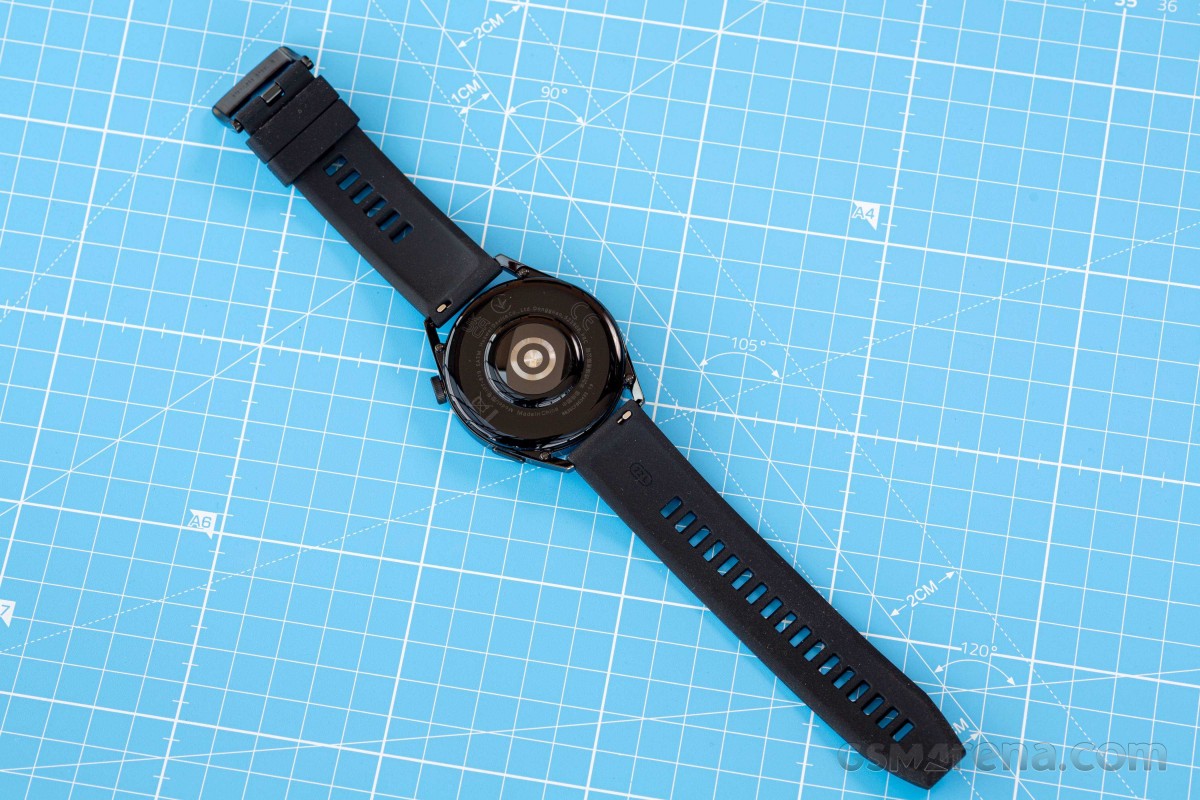 The Watch runs HarmonyOS 2.0, but those coming from the less smart wearables by the company of yesteryear will feel instantly at home as the UI is mostly unchanged. Out of the box you now have routines, AI running trainer, and cycle calendar, which can be properly tracked through the Huawei Health app – a must to use the GT 3 properly.

There are some hardware changes, which we will test for sure – one is the dual-band GPS that uses the L1 and L5 satellites for better positioning, the other is the improved heart rate sensor with eight photodiodes and two light sources to reduce interference from external light, providing even more accurate tracking than before. The Watch GT 3 is compatible with any wireless charging, instead of using a proprietary pogo pin solution, which gives it an edge against most other smartwatches. 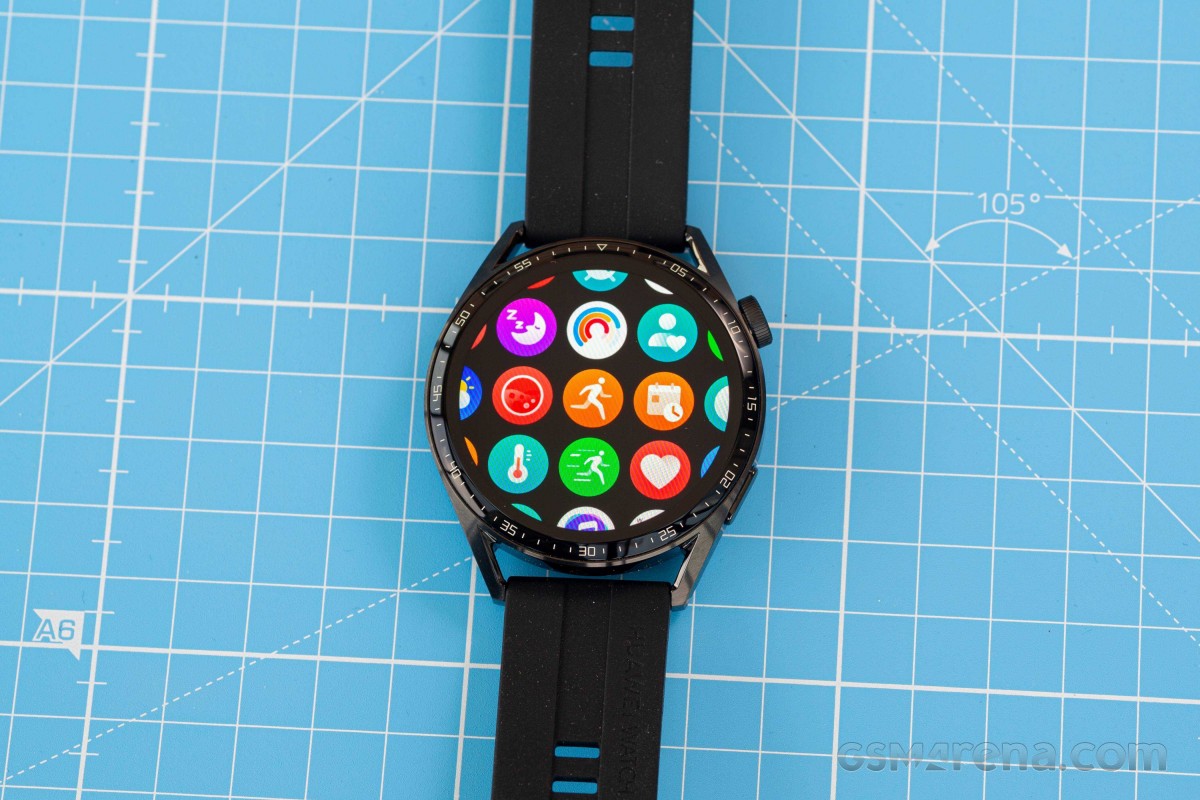 We have to test the Huawei Watch GT 3 and its promised 14-day battery life in multiple scenarios. On paper the watch looks to provide amazing value for money, but we’ll first have to see if the real-life performance is as good as the promo pages claim.